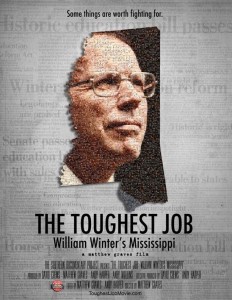 Join us in the FedEx Global Education Center for a film screening and conversation with former Mississippi Governor William Winter and former North Carolina Governor Jim Hunt. This Southern Documentary Project film received the 2015 Emmy for Best Historical Documentary from the Southeast division of the National Academy of Television Arts and Sciences. Governor Winter was awarded the 2008 Profile in Courage award for his heroic efforts to sponsor, promote, and sign into law Mississippi’s Education Reform Act of 1982. Among other reforms, the act mandated statewide public kindergarten, compulsory school attendance, higher standards for teacher and student performance, and the creation of a lay state board of education.

This event, which is free and open to the public, is co-sponsored by the Center for Documentary Studies at Duke University and MFA|EDA at Duke as well as UNC’s Center for Global Initiatives, Global Research Institute, Carolina Center for Public Service, Southern Historical Collection, Center for the Study of the American South, and the Hunt Institute. A trailer for the film can be viewedhere.